Emblazoned on my bike as a surprise when I picked it up – the day before I flew to Afghanistan.  Bike #001 was not just a thing of beauty, it had soul.

The incredible team at Alchemy Bicycles blew me away from the moment I met them.  Thanks to a surprise meeting arranged by Skratch Labs founder, Dr. Allen Lim, I found myself at a warehouse in south Denver.  Alchemy’s new Colorado headquarters.  They told me that they believed in the work that I was doing in Afghanistan and wanted to support me with a new bike and be part of the new program I was launching in the US – Strength in Numbers.   It was immediately aware that this was a company with soul.  A company that ‘gives a shit’. 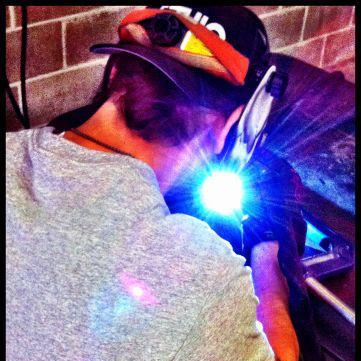 I was humbled to meet most of the team, including ‘my’ welder, Jeff, during my first meeting.  A heavily tattooed, death metal singer, with a badass welding mask.  He reached out after the initial meeting through Facebook, telling me how proud he was to be welding my bike and excited that Alchemy was going to be part of Strength in Numbers.  Blown Away.

The plan?  A stainless steel 29’er singlespeed with a Gates carbon belt drive. 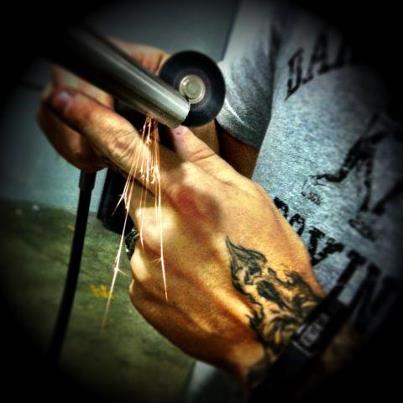 The team pulled together the bike build and assembled kick ass components in a matter of a couple of weeks so that I could take the bike over to Afghanistan.  I have been trying to ride there every visit I make there with my non profit, Mountain2Mountain, to break gender barriers in a country where women are not allowed to ride bikes.

Gates Carbon Drive stepped in as well and supplied me with my first belt drive.  Completing a stunning bike with a silent, stealthy approach to singlespeeds.  Kickassness personified. 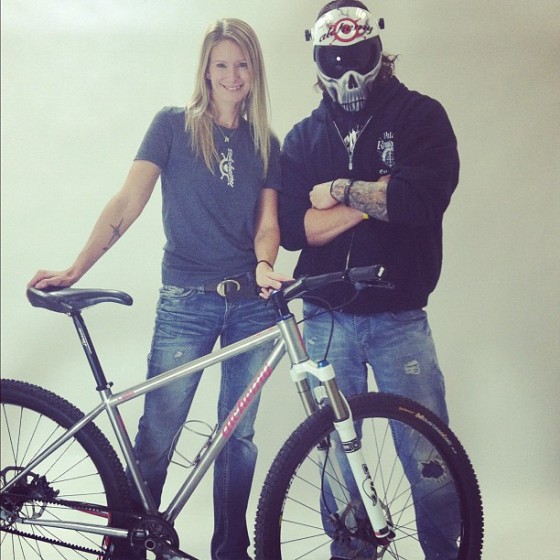 Me and ‘my welder’ posed for a shot when I arrived to pick up the bike.  It was hard to believe this steed was mine, but the sgalpin on the top tube assured me this was indeed MY bike.

2 hours later, it was disassembled and packed up for the journey to Kabul. 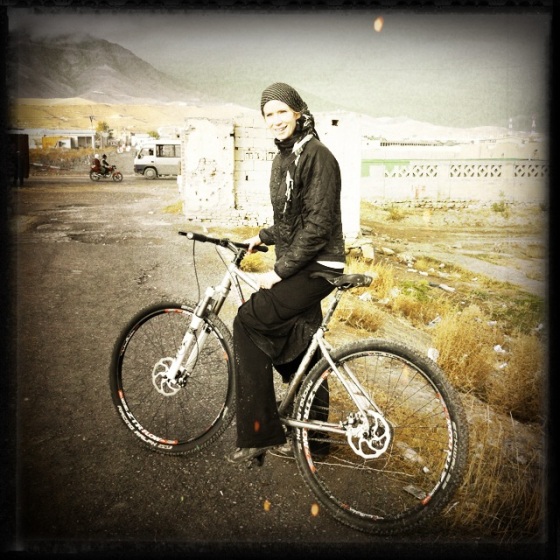 Thousands of miles, and a few days later, in the middle of the night, I re-assembled the bike for an early morning ride through the muddy streets of Kabul which finished with an incredible ‘first’… a ride inside the ruins of the historic Darulamon Palace.  You can see a photo essay about that day of riding here.

Since my return from Afghanistan, I’ve been able to put the wheels onto some real trails and test it out – one word:  CRAZY FUN.  Okay that’s two words.  But damn, its a honor to ride a bike this beautiful and pleasure to discover its wicked fun bombing the singletrack.  Too bad the snow last so long at 10,000 feet…next stop… Moab!